Welcome to the first Spell the Month in Books of 2022! It was originally created by Reviews from the Stacks!

I normally do these a bit earlier in the month but things happen! This months theme is books on my physical/kindle TBR, including ARCs from NetGalley that I need to catch up with! 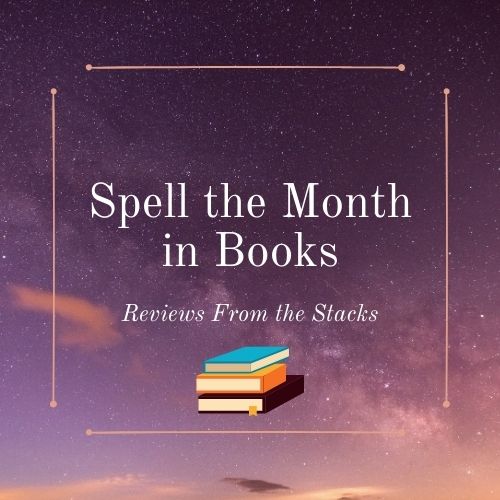 Reviews From the Stacks

I got this in a Fairyloot box and it sounds amazing so I just need to get around to reading it!

A – Afterlove by Tanya Byrne

I received this one in a Fairyloot box too and I really need to read more LGBTQIA+ books this year as I’m already slacking. This one sounds really intriguing and I need to hurry up and get to it!

I was trying to do books recently added to my physical/kindle TBR but I couldn’t find a single one with N! So this one joined my kindle a while ago but it still needs to be read!

U – (The) Unhoneymooners by Christina Lauren

I’ve wanted to read this one for a long time and I got it for Christmas! It will be read soon! After I’ve got all my February ARCs out of the way!

A – Act Your Age, Eve Brown by Talia Hibbert

I really enjoyed the first book of this series and cannot wait to read the rest of them! I’ve definitely been in a big romance mood recently so this will be read soon!

This has been on my TBR for well over a year, but now I can say I won the trilogy! I can’t wait to get to this one as the synopsis sounds right up my street!

Y – Yinka, Where is Your Huzband? by Lizzie Damilola Blackburn

This is an ARC I received a few months ago and I don’t think it’s out till March so I’ve got time to get to this one! I’m looking forward to it!

This was surprisingly a lot easier than I thought it would be! I’m hoping the theme I pick for next month is easy enough, it might have to be romance as it is the month of Valentine’s Day! Have you read any of these books, did you like them?

Published by Georgia @ Lost in Neverland

View all posts by Georgia @ Lost in Neverland

Support me on Ko-fi

nobody talk to me for the next 24 hours, i have reading to do...
What books are on your TBR? These are just a few of mine😂😭
War is only the beginning…
Have you read this series?
I can't get over how cute these bookish socks are!
Have you seen the Shadow and Bone tv show?